LET US ENTERTAIN YOU

Doris is a legend at SMU.  She even has her own bench.

WFAA Channel 8 News ran a special news clip or our 24th birthday on Feb 22, 2014 during a photo/video shoot at Bass Hall in Fort Worth.

Featured in the Dallas Morning News. 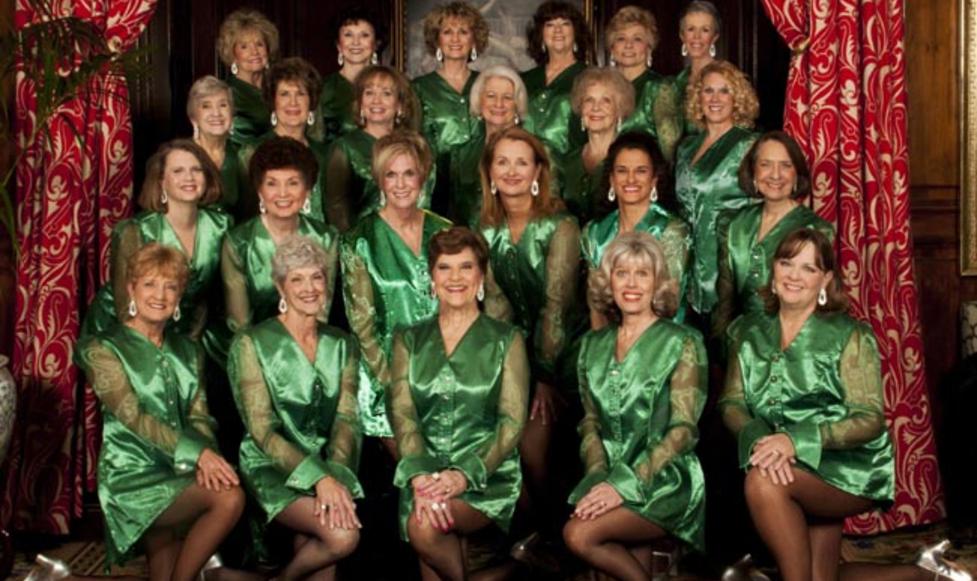 Beverly hard at work during Dazzler's rehearsal.  She is the most traveled Dazzler all the way from Gainsville, TX.

The Dallas Tap Dazzlers are extremely proud of Sheila.
Her accomplishment brought the number of Dazzler wins up to FIVE!

Here are previous winners of the title:

AFTER PERFORMING FOR 20 YEARS THE DALLAS TAP DAZZLERS REALLY CLIC

By The Dallas Morning News...

DALLAS TAP DAZZLERS PUT SOME PEP IN THEIR STEP ​

Fran posing with the Bison mascot of Sunset High School, celebrated the school's 90th Anniversary on Saturday, September 26, 2015.  She and the Dallas Tap Dazzlers performed on the auditorium stage during the program, emceed by Bill Melton, a '58 grad.

This picture was taken just prior to our appearance in the 2000 Macy's Thanksgiving Day Parade.  One of our all-time favorites!

Thank you Laura Buckman for following the Dazzlers around and shooting some fun photos of the Dazzlers. 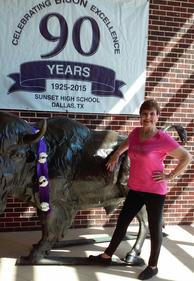 LET US ENTERTAIN YOU!

Sarah is from Red Oak, Texas, and stays busy with her husband, Danny, operating a  successful drapery  business.   She's been tap dancing since she was 5 years old, and has been a member of the Dazzlers since 1999.  She designed both her evening gown and her dance costume Sarah performed her title-winning routine to the music of "12th Street Rag

" Others weren t so lucky, including the Dallas Tap Dazzlers, a group of women with nothing to protect their legs but fishnet stockings."